I saw this game in a dream I had the other day, it's a short character creator based on where and when you are while reading the book. I'm not sure if it means anything, but it seemed interesting enough to layout.

This little game-which-is-not-a-game is very modestly great: a concept of character creation rather than a game, which supposedly came to the author in a dream and which consists, basically, in getting inspired by where you are right now (hey, that's the title!) to create your character. It's not revolutionary, but it's very nice and free, and that's not bad!

I’m glad you enjoyed it (even if this one isn’t mindblowing!) - I appreciate the review.

This is cool and the design/layout is super clean!

Thank you! Definitely a different (more modern) vibe than my other games. 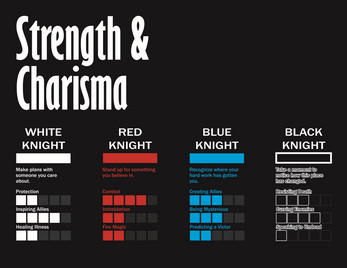 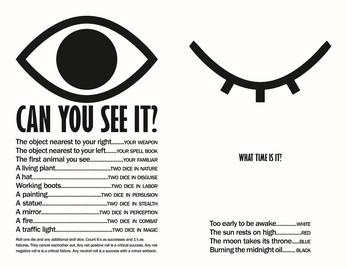